Andon system to manage operational issues on the shopfloor and increase response times.
Contact us now

Compared to classic ANDON systems the effectiveness and efficiency of your operations can be greatly improved using the WORKERBASE ANDON system, in most cases by 20% or more.

No more multiple people going after the same issue

Tasks are assigned to the right person at the right time based on a powerful rule definition system.

Realtime tracking of status and work in progress.

Setting up the WORKERBASE ANDON system is very easy.

Setup can typically be performed in a day or less. The WORKERBASE ANDON solution offers a wide range of critical improvements over classic ANDON systems.

- Alarms can be issued onto mobile devices such as Smartwatches, Smartphones and Tablets and also be sent by Email, SMS or Phone call with unlimited escalation levels and options 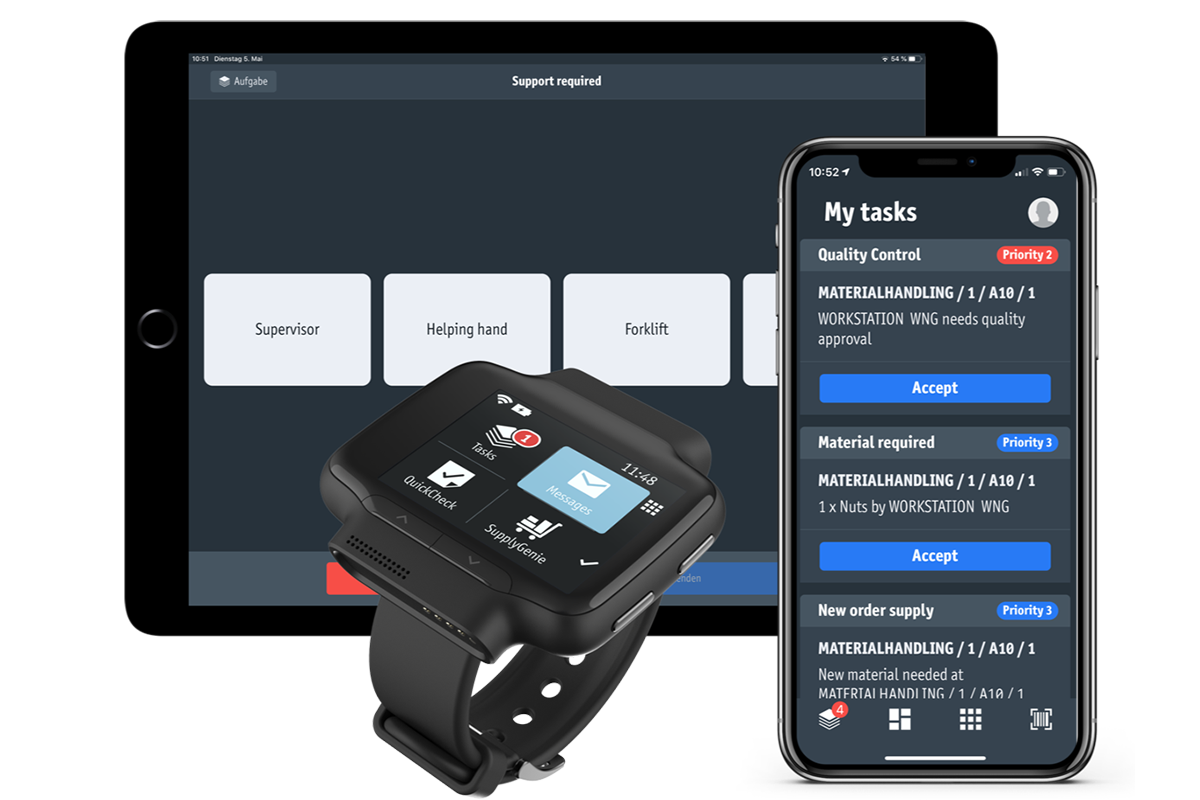 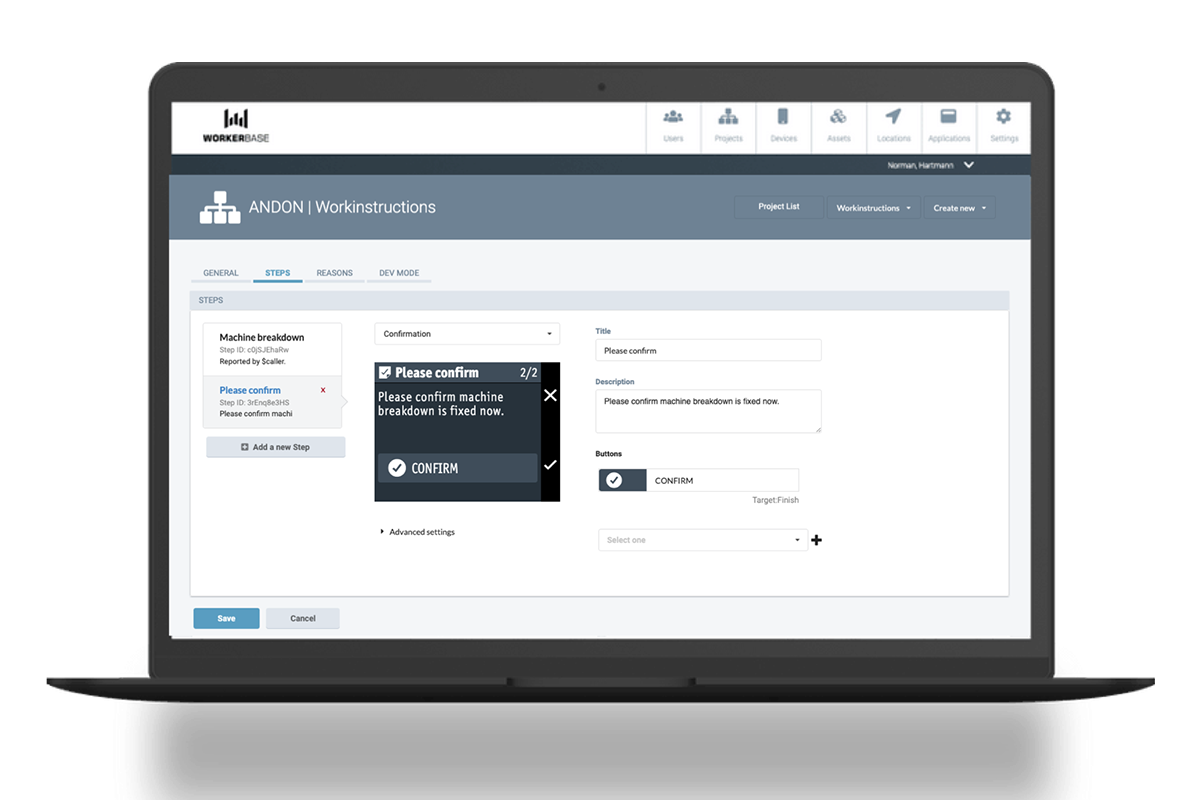 - Integrates with existing machines and systems (ERP, MES and others) within minutes

- Visualization of event occurrences, time to react, time to repair, repeat issues, downtime and many other important data points

- Context aware, user interface self configures to the worker’s context and situation 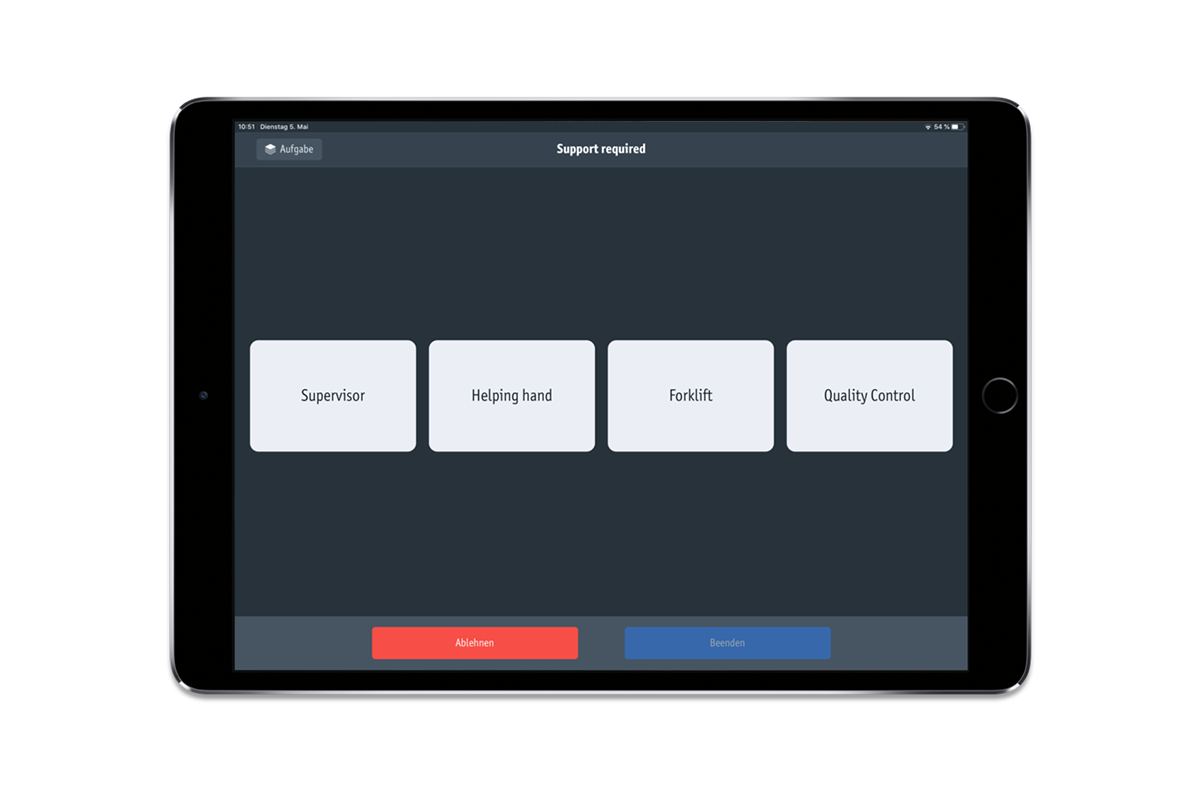 ANDON systems are an established tool for managing operational issues on the shopfloor. Most systems implemented today are a low tech variant of the original concept and feature some sort of simplified alerting mechanism such as pull ropes or push buttons. The alarms are then typically distributed to the shopfloor staff using display boards and additional visual and/or audio notifications such as alarm bells or horns. This type of setup can be really annoying to the shopfloor staff and has a wide range of inefficiencies. Such systems are not anymore able to cope with today’s demand for highly effective notification of service workers.

- alarms are not being taken care of by service staff

- no indication of severity and elapsed time after first alarm

- unclear situation because of issues being summarised by a few buttons only (e.g. RED button can mean 5 different things)

- high stress level of workers because of constant alarms

- unnecessary roundtrips of service workers due to missing information on the alarm situation (e.g. they need to go back to bring essential tools/spareparts) 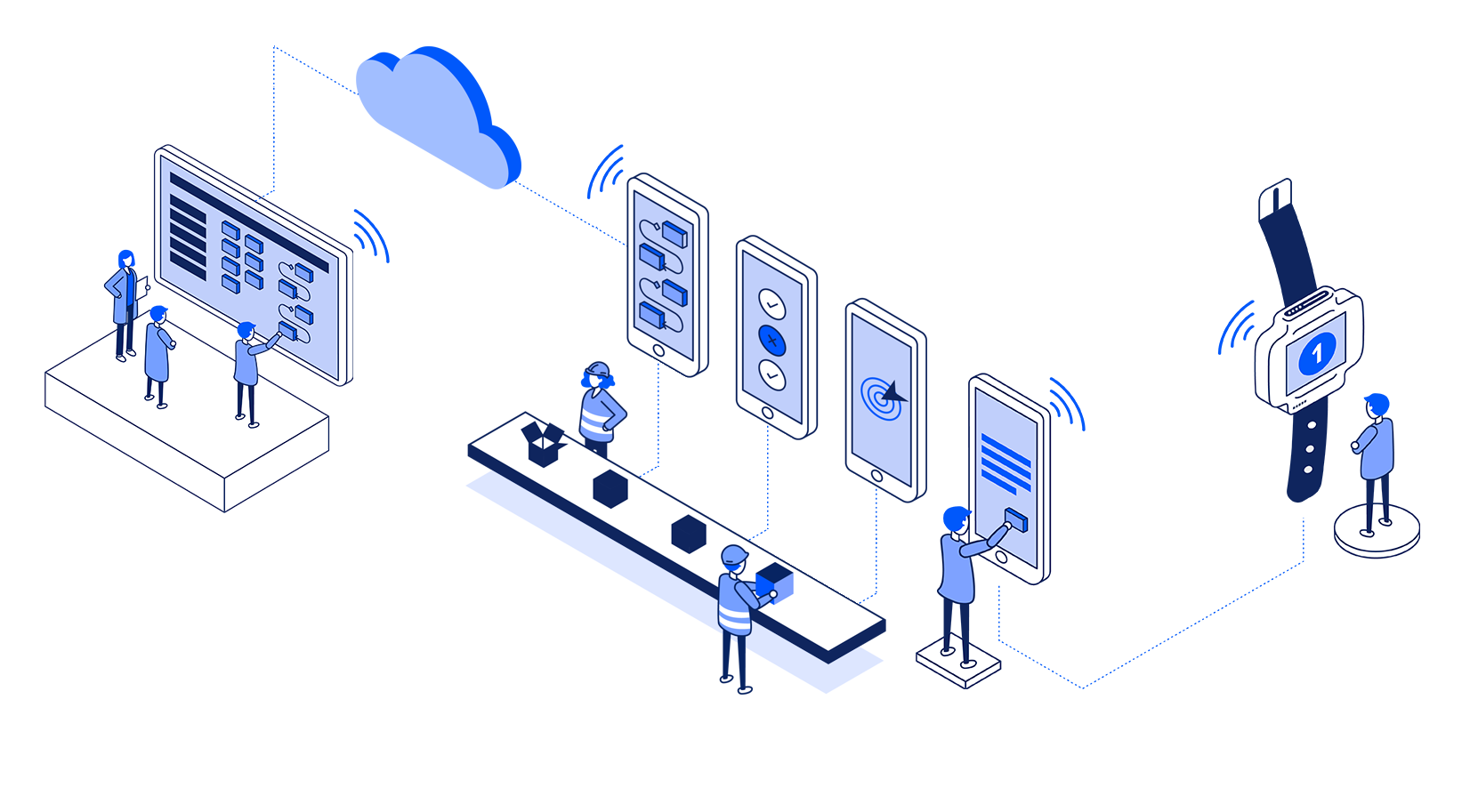 Freely definable user interface for each issue type. Users can be requested to submit pictures, enter data or select predefined items from a hierarchy of lists.

Modify the default rules or create a set of own rules with any kind of escalation pattern. Issues are handled by user’s roles or skills and the system takes care of assigning the right people to the tasks when they occur. No need to manage rules for individual employee’s absence.

Mount devices to your workplaces

Mount tablet devices of your choice (WORKERBASE can perfectly work on low cost hardware) at your production workplaces and assign them to the system.

Equip your service staff with devices

Distribute Smartwatches to your service staff or load the WORKERBASE App onto your existing Android or iOS devices and you are READY-TO-GO!

Schedule your personal demo today
Thank you! Your submission has been received!
Oops! Something went wrong while submitting the form.